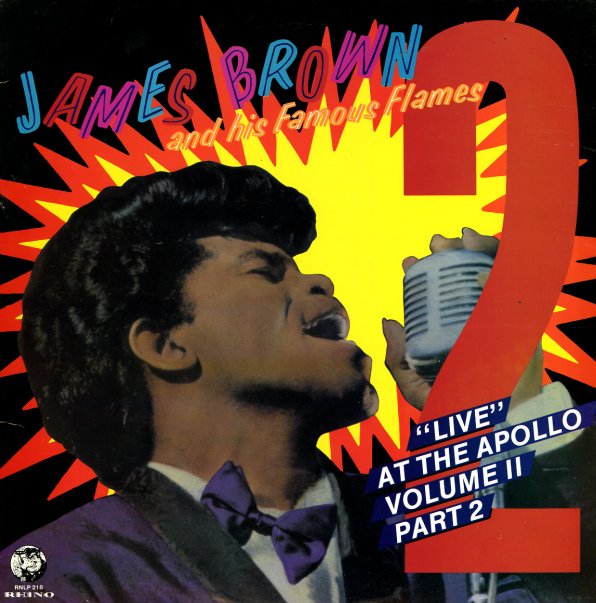 Sho Is Funky Down Here
King, 1971. Near Mint-
LP...$14.99 (LP...$23.99)
A legendary bit of fuzzy funk from James Brown – an important collaboration with the mighty Dave Matthews, who brings a more tripped-out feel to the record than some of James' other King sessions of the time! Matthews adds in lots of psych-influenced guitar – used very different than ... LP, Vinyl record album

Soul Shots Vol 1 – We Got More Soul
Rhino, 1960s. Near Mint-
LP...$9.99
A nice selection of classic 60s rhythm and blues dance tracks just like the title says, and while we had recalled this collection as being fairly tied to mainstream tastes, there's a few nice little nuggets on here that they dug a little deeper for. 14 tracks in all: "But It's All Right" ... LP, Vinyl record album

Togetherness
A&M, 1978. Very Good+
LP...$11.99
Jeffrey Osborne's really emerging strongly here in the mellow soul mode – especially on the album's two great ballad cuts, "Concentrate On You" and "We Both Deserve Each Other", both of which are smooth mellow steppers with a modern soul approach that's slightly less ... LP, Vinyl record album

Brothers
Truth/Stax, 1973. Very Good
LP...$26.99
A lesser-known gem from Rance Allen and group – recorded during their incredible early run at Stax! The sound here seems even more powerful than on the group's first album – a wicked blend of gospel and soul, served up with relatively spare instrumentation that features keyboards and ... LP, Vinyl record album

You're The Song I've Always Wanted To Sing
Glades, 1974. Very Good+
LP...$14.99
A Miami soul masterpiece from start to finish – and a lesser-known record from drum machine hit maestro Timmy Thomas! The album's got the feel of Timmy's classic Why Can't We Live Together album – but the overall sound is a bit fuller and richer, with a soulfulness that grabs us right ... LP, Vinyl record album

Funeral in Berlin
RCA, 1967. Very Good+
LP...$13.99
One of the grooviest Michael Caine spy films of the 60s – given an equally groovy soundtrack by Konrad Elfers! We don't know Elfers from other work of the time, but this album's a real standout – not the usual spy sort of work, although still with some great jazzy touches at times ... LP, Vinyl record album