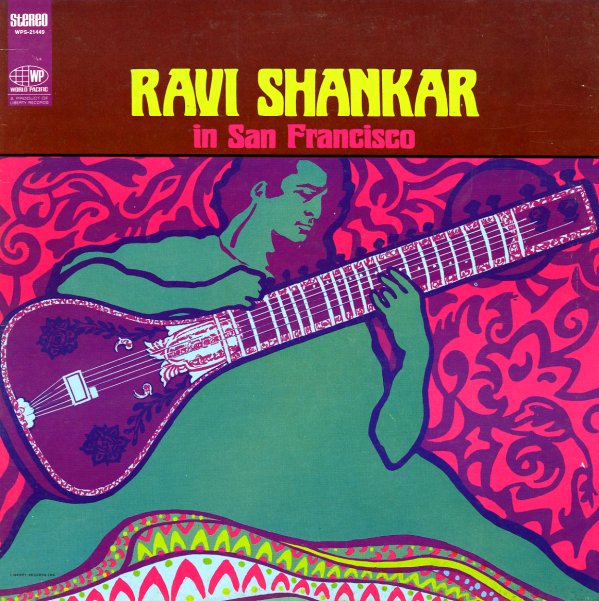 Three lengthy pieces from Shankar, accompanied by Alla Rakha on tabla: "Tabla Solo In Shikhar", "Dhun (Based On the Morning Raga In Sindhi-Bhairavi)" and "Raga Bhupal Todi".  © 1996-2023, Dusty Groove, Inc.
(Cover has light wear and aging.)