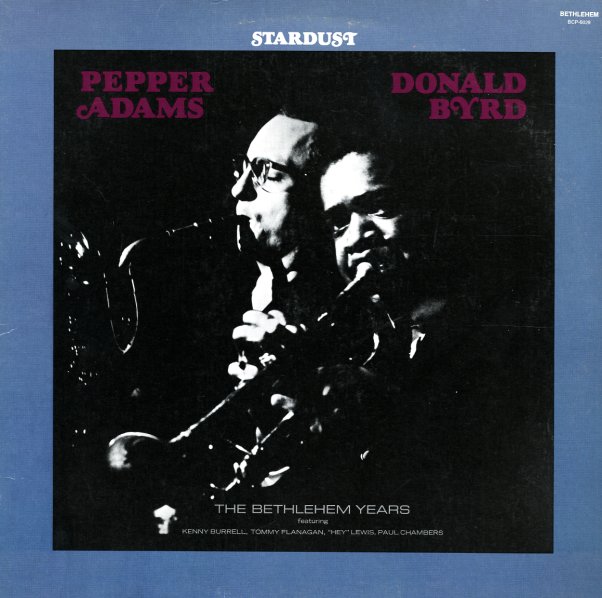 One of the most hard-hitting sessions ever recorded for the Bethlehem label – and a rare date for the imprint by the team of trumpeter Donald Byrd and saxophonist Pepper Adams! The style here is similar to work the pair recorded for Riverside and Blue Note at the same time – razor-sharp hardbop, played with a strong sense of imagination, and plenty of room for drawn-out, creatively-blown solos. Adams is especially great – playing the baritone here with the leanness of a tenor sax – but Byrd is wonderful too, and really starts to break out of some of the more staid modes of his work from a few years back. The group's a sextet that includes guitarist Kenny Burrell, pianist Tommy Flanagan, bassist Paul Chambers, and drummer "Hey" Lewis (pseudonym for Lewis Hayes) – on titles that include "Trio", "Philson", "Libeccio", and "Bitty Ditty".  © 1996-2023, Dusty Groove, Inc.
(70s pressing. Cover has a cutout notch.)