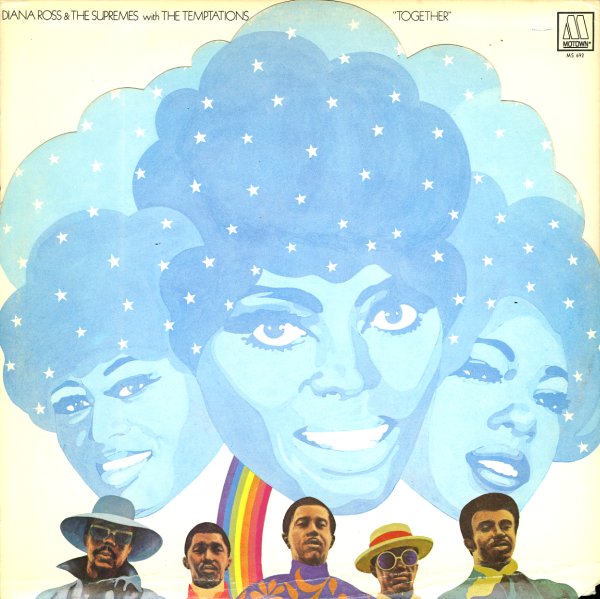 Motown's second pairing of its two biggest groups of the late 60s – a massive 7-voiced meeting in soul music, with results that are surprisingly great! Frank Wilson produced the whole set, and he does a good job of keeping all players in check – never letting the whole thing get too gimmicky, and managing to convey a sound that brings the best of both groups to the table. Titles include "Sing A Simple Song", "Can't Take My Eyes Off You", "Why", "For Better Or For Worse", "I'll Be Doggone", "Ain't Nothing Like The Real Thing", and a great Motown remake "My Guy My Girl", which features both versions of the hit coming together!  © 1996-2020, Dusty Groove, Inc.
(Original die-cut cover with poster intact. Cover has a cutout hole.)