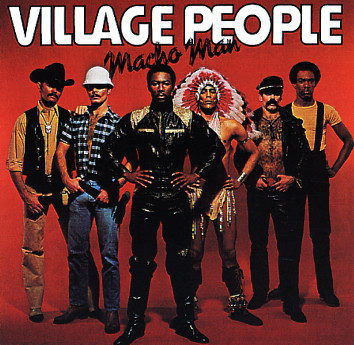 The macho aesthetic gets redefined for a whole new audience – as The Village People play with a pastiche of masculine images from daily life, all recast for the post-Stonewall generation! The group bring camp back firmly for the 70s – and are still one of the best-remembered mainstream disco acts of the time – thanks to catchy, poppy grooves that had most of the country humming their tunes, even if they didn't agree with their sexual politics. Grooves are by the hit team that made most of the VP albums strong – Horace Ott arranging, Gypsy Lane backing, and Jacques Morali at the glorious helm of the whole thing – and titles include "Macho Man", "I Am What I Am", "Key West", and "Sodom & Gomorrah".  © 1996-2022, Dusty Groove, Inc.
(Cover has a slightly bent corner and light wear.)