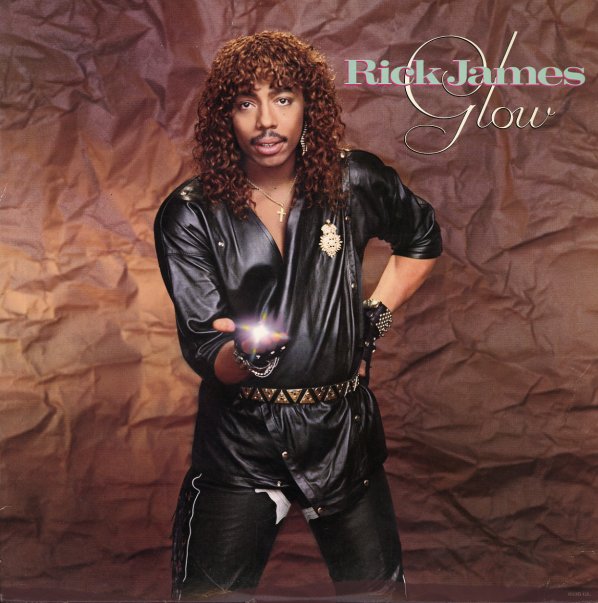 Rick James hits a smoother sort of style here – one that's almost a compressed take on the mainstream version of funk first crafted on his earlier records, fused into a more radio-friendly approach for the Prince generation! The sound's actually not that bad – and the record has an appeal (albeit a dated one) as a relic of crossover soul from a time that's fading more and more from the collective memory. Rick's still writing, arranging, and producing the whole set – and titles include "Glow", "Melody Make Me Dance", "Can't Stop", "Spend The Night With Me", "Somebody", "Moon Child", "Sha La La La La", and "Rock & Roll Control".  © 1996-2022, Dusty Groove, Inc.
(Still sealed, with a cutout notch.)

Wonderful
Reprise, 1987. Sealed Gatefold
LP...$16.99
Rick James makes the move away from Motown here – heading over to Warner/Reprise, in the Prince side of the spectrum – along with a cover image that has him wearing a paisley costume on top of a purple background – in a way that could well make the buyer think that Rick's working ... LP, Vinyl record album