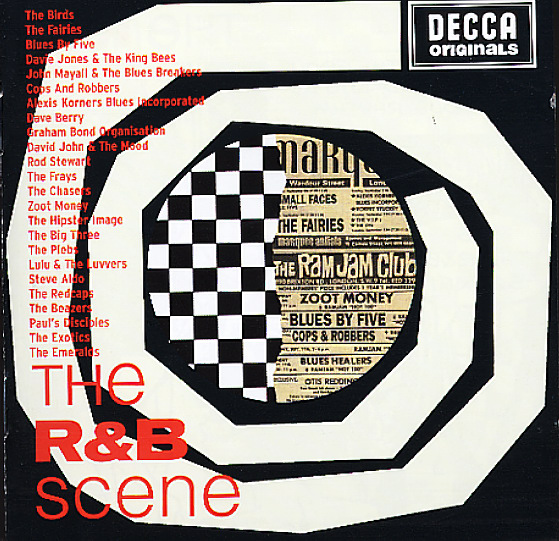 The British love of R&B in the 60s is no secret – thanks to the early work of The Rolling Stones, The Animals, and other chart-topping groups of the time. But here, that side of British music is explored in much greater depth – and served up in an assortment of lesser-known work from the time, with more than enough documentation to show that British R&B wasn't just a phenomenon confined to a handful of groups! The package is one of the best in the Decca "scene" series – and brings together 25 rare gems from the UK mid 60s years – most of which were never issued in the US, and all of which are offered up with great notes on the music, and vintage photos of the artists. Titles include "Keep Me Covered" by The Frays, "Louie Louie Go Home" by Davie Jones & The King Bees, "Anytime At All" by The Fairies, "You're On My Mind" by The Birds, "Cross My Heart" by The Exotics, "Blue Beat" by The Beazers, "King Lonely The Blue" by The Emeralds, "See That My Grave Is Kept Clean" by Pauls Disciples, and "Can I Get A Witness" by Steve Aldo.  © 1996-2021, Dusty Groove, Inc.