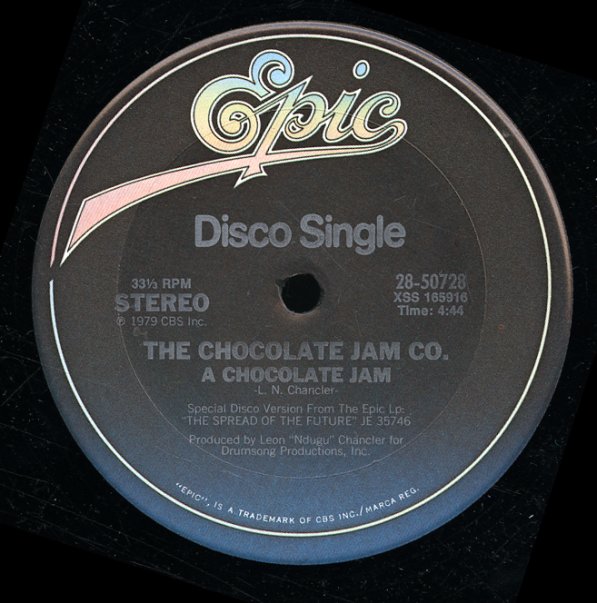 2 sweet funky dancefloor tracks from Ndugu Chancler and the Chocolate Jam Co – both of them served up with some nice jazzy touches! "Chocolate Jam" is a groover with lots of bass on the bottom, plenty of vamping horns, and mixed male/female vocals calling off the tune in a party sort of way. "This Time" is more of a straight ahead groove – snapping along in a sweet disco mode, with the vocals trading off nicely on the lyrics!  © 1996-2022, Dusty Groove, Inc.
(White label promo.)

Dreams (voc, inst)
Epic, 1985. Very Good+
12-inch...$1.99
A smooth mellow stepper from Smoke City – taken at a fairly slow pace, with washes of keyboards and some nice acoustic piano lines over the top, almost as an extension of a late Barry White mode, but less heavy on the beats. The vocal track's a great ballad, the sort that's perfect to play ... 12-inch, Vinyl record

Street Player (double a-side single)
Columbia, 1979. Near Mint-
12-inch...$79.99
"Street Player" is proof that Chicago could still sound great when they wanted too – a grooving little track that has a fair bit of jazz funk in the mix – and almost a Kool & The Gang-styled horn part over the top! Lots of trumpety solo work – and a great percussion ... 12-inch, Vinyl record