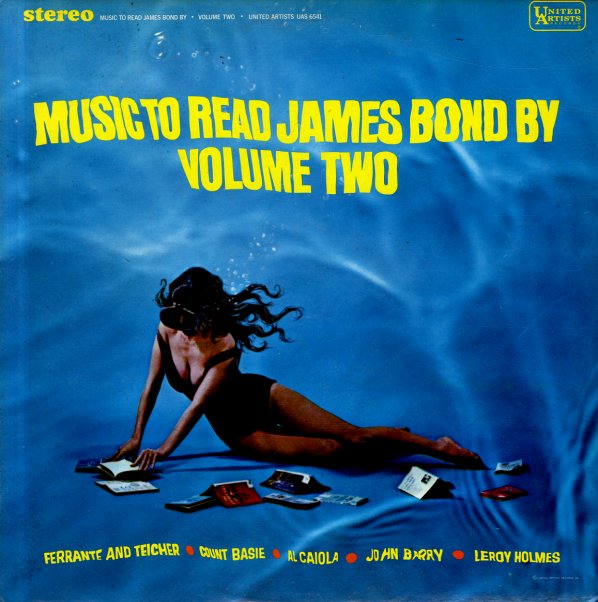 UA makes the film copyright cash register jingle again on this second set of tracks from their James Bond films, performed by other artists in the catalog. Tracks include "Thunderball" & "Underwater Chase" by Al Caiola, "007" & "The Golden Horn" by Count Basie, "James Bond Theme" by Perez Prado, "License To Kill" & "Search For Vulcan" by Leroy Holmes.  © 1996-2022, Dusty Groove, Inc.
(Shrinkwrap has a small hole. Cover has a small sticker.)