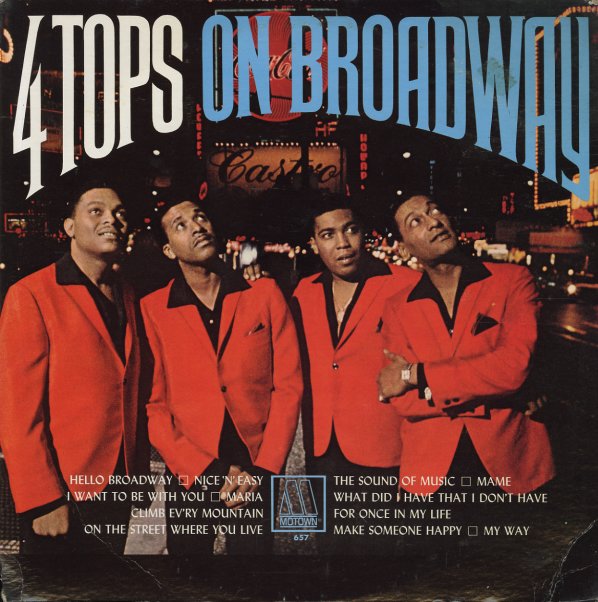 The Four Tops weren't the first of the Motown groups to get the broadway treatment, but they do a pretty nice job with it! Thanks to some swinging help from producer Frank Wilson, the quartet manage to still shine even though they're shackled with a set of tunes from over-blown broadway shows of the late 50s and 1960s. Tracks include "I Want To Be With You", "On The Street Where You Live", "What Did I Have That I Don't Have", "For Once In My Life", and "Make Someone Happy". Also features "Hello Broadway".  © 1996-2021, Dusty Groove, Inc.
(Sealed original mono pressing! Shrink and corners are slightly shop worn.)