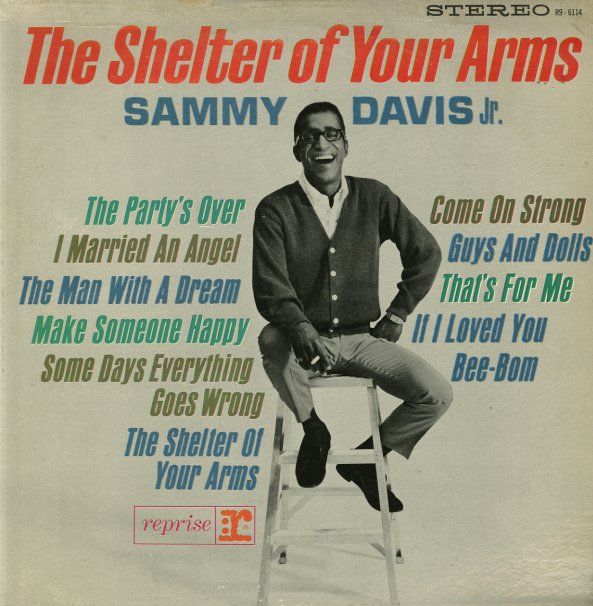 One of our favorite albums by Sammy Davis Jr ever – a real lost treasure from his early years at Reprise! The record's got a jazzy,s winging style that's really great – and features the tasty hit "Bee Bom", a scatting masterpiece that's one of Sammy's best tunes ever – plus some other lively numbers, all given the beautiful Sammy D spin! Includes a stellar take on "I Married An Angel", plus "Guys & Dolls", "Come On Strong", "Make Someone Happy", and "Some Days Everything Goes Wrong".  © 1996-2020, Dusty Groove, Inc.
(Original steamboat logo pressing. Cover has light wear.)