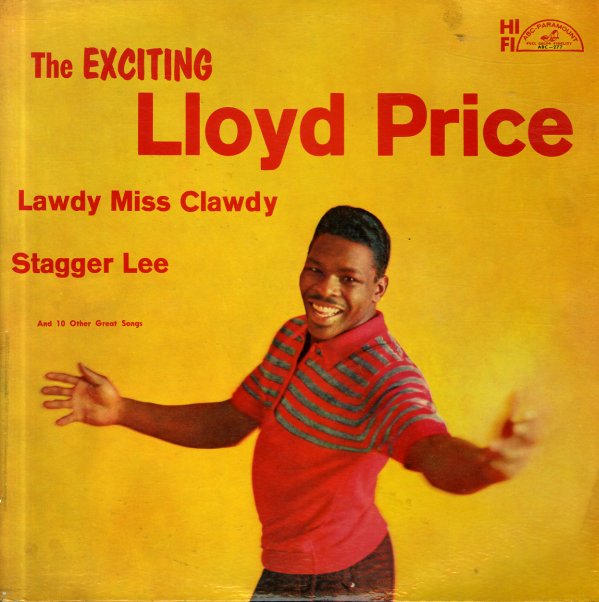 Monumental soul from Lloyd Price – a great mainstream take on the growing sound of the New Orleans scene, served up with incredible power! The album's a real testament to Lloyd's genius – as nearly all the tracks on the set are originals, done in that Price-styled mix of hard R&B grooving with bigger band and choral backings – a "wall of sound" approach that clearly had a huge influence on generations of pop to come! Titles include the classic "Stagger Lee", plus "Lawdy Miss Clawdy", "Where Were You On Our Wedding Day", "You Need Love", "Talking About Love", and "Just Because".  © 1996-2022, Dusty Groove, Inc.
(Original mono pressing. Cover has seam splitting, with tape residue on top. The back cover has light staining & flaking at the bottom – Vinyl is great!)

Lloyd Price Sings The Million Sellers
ABC, Early 60s. Very Good-
LP...$4.99
Lloyd Price turns his incredible voice to a batch of late 50s/early 60s pop hits – including a range of songs taken from other soul stars, made up by Lloyd into his own uniquely styled numbers – with that romping groove he does so well! Arrangements are by Gil Askey and played by Lloyd' ... LP, Vinyl record album