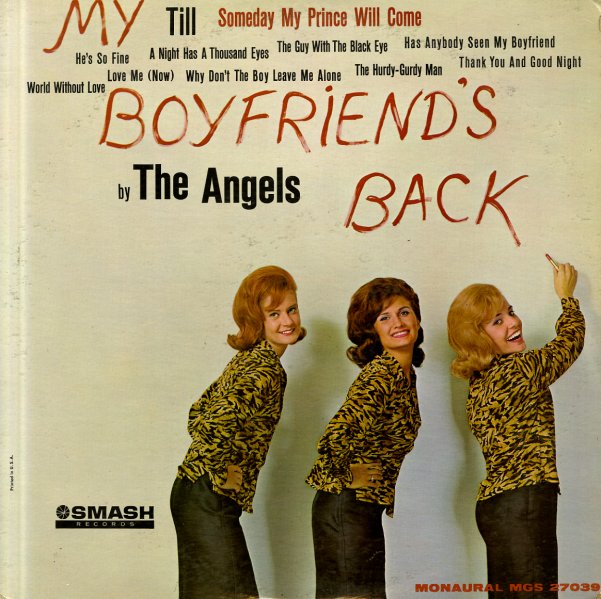 A 60s girl group classic if there ever was one – and the only standout album from the lovely Angels! The group were known, of course, for the title hit "My Boyfriend's Back" – a quick-stepping number that was a runaway pop hit at the time. That tune kicks off the album, and is followed by a number of similarly done tunes – arranged by Leroy Glover and Alan Lorber with a jaunty vibe that really works well with the girls' vocals, and with a sound that's the sort of cut-above work you'd expect from Lorber and Glober! The album features a number of other originals – including "Thank You & Good Night", "World Without Love", "Hurdy-Gurdy Man", "Love Me Now", "Has Anybody Seen My Boyfriend", and "The Guy With The Black Eye".  © 1996-2021, Dusty Groove, Inc.
(Mono red label pressing with deep groove. Vinyl has a short click on "World Without Love".)