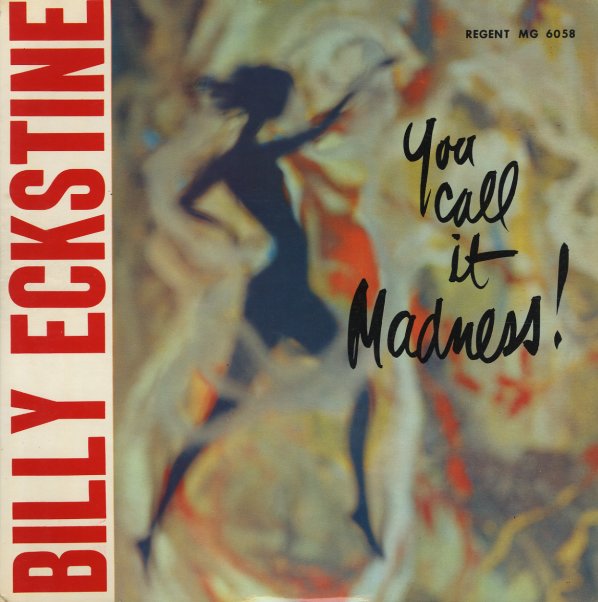 You Call It Madness!

Sublime work from Mr B – a collection of his earlier Savoy singles, assembled for a wonderful 50s album on the Regent label – and featuring some of the best jazz-based work in the classic Eckstine mode! As is well known, Billy's group of the time featured nothing but top-shelf jazz players – and the nature of the tunes on the set really let the best solo work come to the forefront. There's almost equal parts horn and piano solos as there are Eckstine vocal passages on the album – and titles include "Last Night", "Long Long Journey", "All I Sing Is Blues", "A Cottage For Sale", and "You Call It Madness".  © 1996-2021, Dusty Groove, Inc.
(Green label Regent pressing. Cover has a name in marker on the back and a large center split in the bottom seam.)