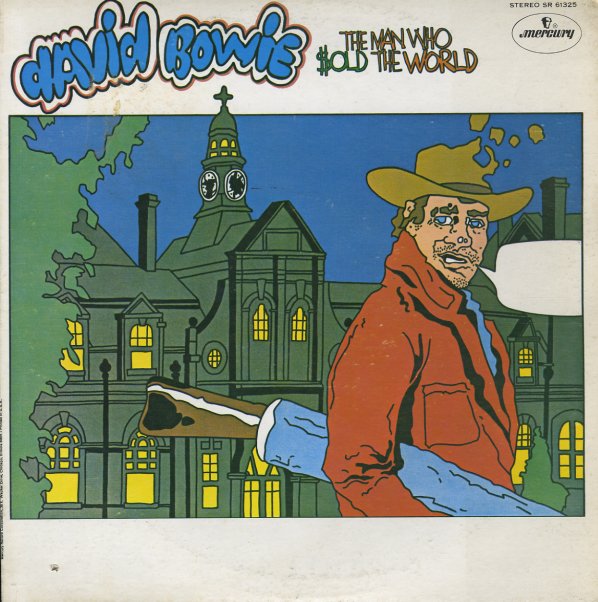 The first truly great David Bowie electric guitar album – an all-out, power-driven set of tracks played by a group that included Mick Ronson and Tony Visconti! Bowie's in prime pre-Ziggy mode here – ripping into tunes that blister with dark energy that are some of the first truly dangerous songs he ever recorded – with this strong undercurrent of mania that follows some of the darker whimsy of his earliest records – set to searing sounds that would forever help Bowie cross over to audiences who might previously have thought him an arty wimp. The set includes classics like "Saviour Machine", "The Width Of The Circle", "All The Madmen", "Black Country Rock", "The Supermen", and the title track, "The Man Who Sold The World".  © 1996-2021, Dusty Groove, Inc.
(Unofficial pressing with spotty labels. Cover has a small cutout hole, light wear, and a sticker spot.)