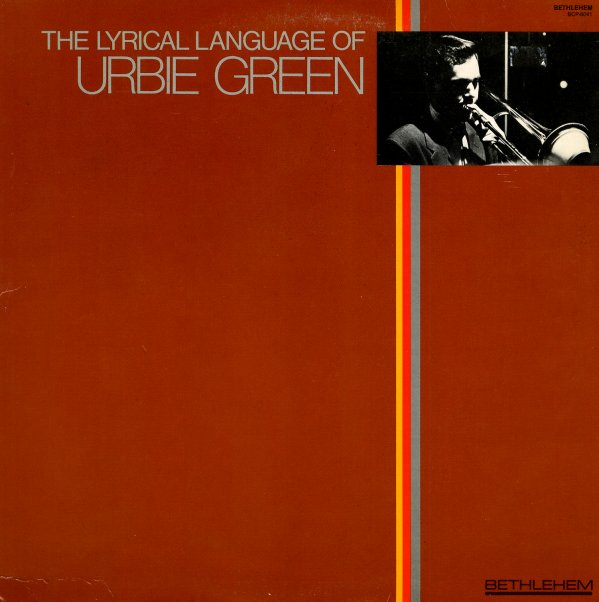 One of the strongest albums ever cut by trombonist Urbie Green – a player who had a heck of a lot of talent, but who unfortunately could sometimes end up in some schmaltzy settings. Fortunately, this isn't one of them – as the group includes players like Jimmy Lyon on piano, Oscar Pettiford on bass, Osie Johnson on drums, and Ike Horowitz on tenor – actually a nom-du-date for Al Cohn! The arrangements are tight, but never too much so – and there's a good degree of spirit in both the playing, and the compositions – some of which are by arranger Marion Evans. Titles include "Sneaky Pete", "Sassafras", "Melody In Bb", "How About You", and "Mutation".  © 1996-2022, Dusty Groove, Inc.
(Late 70s issue. Cover has light wear and small sticker remnants.)