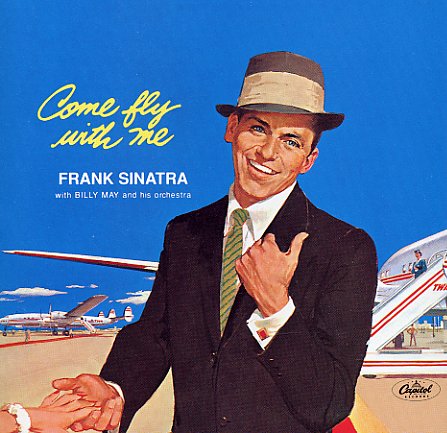 A gem of a 50s album from Frank – well-themed and swinging, with a batch of travel-related tunes that really groove nicely! Billy May handled the arrangements on this one, and he gives the record a nice jazzy finish that fits the globe-trotting tunes well – taking Frank around the world in a song, and returning him home peacefully by the end of the set. Titles include the great originals "Come Fly With Me" and "It's Nice To Go Traveling" – plus "Isle Of Capri", "Around The World", "April In Paris", and "Brazil".  © 1996-2021, Dusty Groove, Inc.
(Mono black label pressing. Cover has some ring and edge wear, discoloration from age, and a small name in pen on back.)