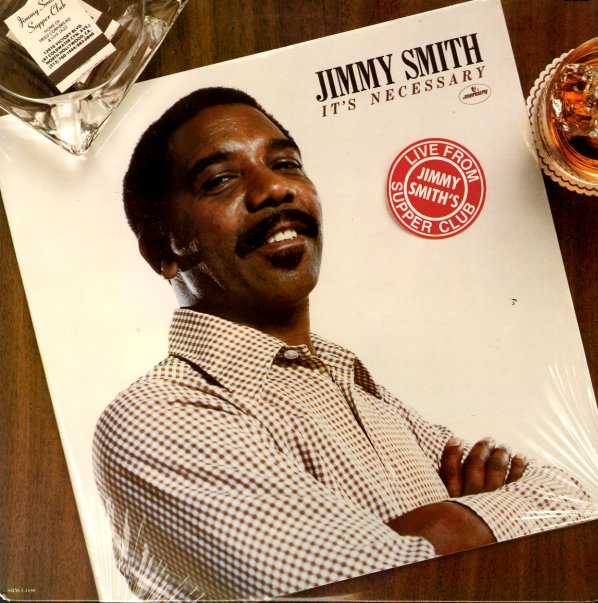 One of Jimmy's last albums for a major label in the 70s – a real back-to-basics set that was recorded live at the Jimmy Smith Supper Club in LA – the "home of fried cornbread and live jazz", and a venue that we certainly wish we could have visited! Jimmy's working here with an all-star group that almost recalls his Blue Note jam session work – with Blue Mitchell on trumpet, Teddy Edwards and Harold Land on tenor, and Ray Crawford on guitar – all coming together in gently-grooving numbers that have a classic soul jazz feel. Titles include "It's Necessary", "For Your Love", "Side Mouthin", "Sometimes I'm Happy", "I've Got Love On My Mind", and "Say It Again, Jim".  © 1996-2020, Dusty Groove, Inc.
(Cover has a cut corner and light wear.)