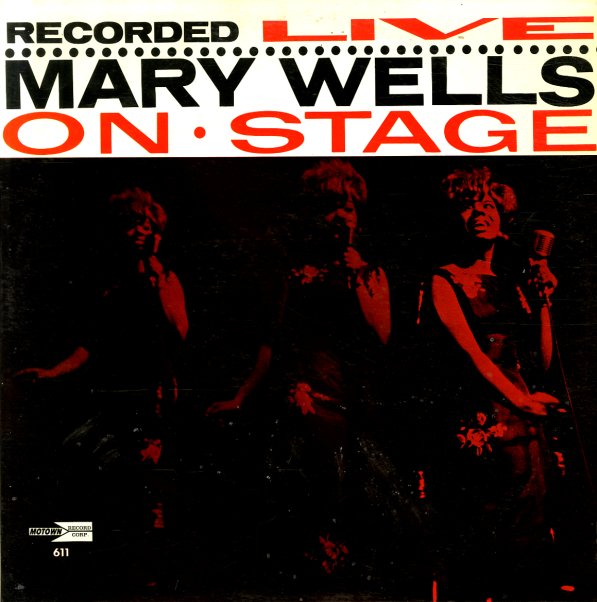 An incredible record from Mary Wells – one that really captures the rawness of her vocal range, in a setting that's about as "live" as you could get for a soul recording of the time! Berry Gordy put this one together with a brilliant sense of space and place – allowing for a fair bit of crowd noise and cheering alongside Mary's vocals – in a mode that shows that the singer was every bit as great working a crowd as she was in the Motown studios. Tracks are a bit longish, and feature some nice spare backings on the best numbers – and titles include "Old Love", "Operator", "The One Who Really Loves You", "You Beat Me To The Punch", and "Two Lovers".  © 1996-2021, Dusty Groove, Inc.
(Mono map label pressing with deep groove and 1D matrix. Cover has light surface wear, some edge wear, and lightly bent corners.)