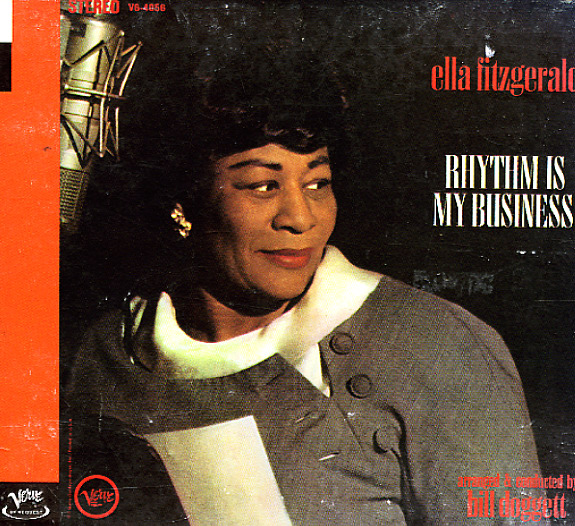 Rhythm Is My Business

They're not lying with the title on this one, as Ella's singing to backings from the great Bill Doggett – who cooks up some of the liveliest rhythms Ella ever received from Verve! The style is still similar to other Verve records of the time – with that magnificent Fitzgerald vocal style transforming familiar tunes and standards – but the groove is much more upbeat, and Ella swings it hard in a style that really takes us back to her earlier years. Titles include "Runnin Wild", "No Moon At All", "Laughin On The Outside", "I Can't Face The Music", and "Rough Ridin".  © 1996-2021, Dusty Groove, Inc.
(MGM pressing.)