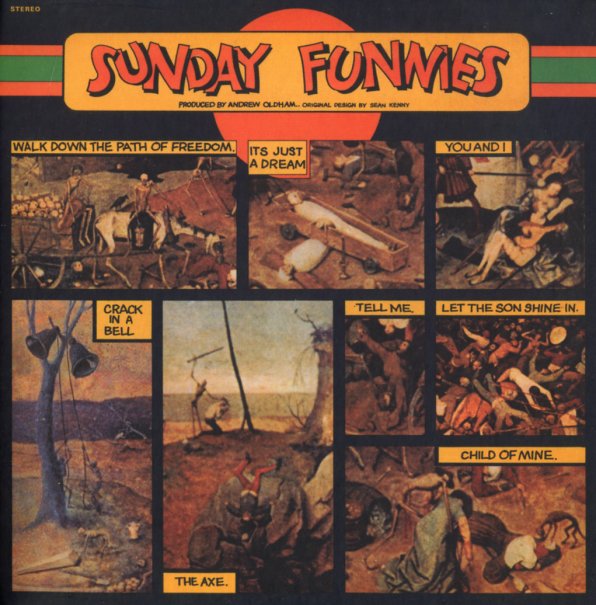 An excellent batch of funky rock from The Sunday Funnies – a group we only know from this album, but who have the distinction of being produced by the great Andrew Oldham! The set's got a feel that's in keeping with the sound of Motown's Rare Earth label – well-crafted and jamming work, done in a style that's a bit more soulful than the average hard rock record of the time – nice currents of funk in the rhythms, and a fuzzy groove th at has that label's legacy of easily stepping over different modes, but in a very cohesive way. The songwriting's especially nice – and the group have a really full-on Detroit sound in their guitars – and the album's dedicated to an unusual batch of heroes who include Arthur C Clarke, Kahil Gibran, Herman Hesse, Pieter Bruegel, and Johnny Carson. Titles include "The Axe", "Child Of Mine", "Let The Son Shine In", "Tell Me", "You & I", and "Walk Down The Path Of Freedom".  © 1996-2021, Dusty Groove, Inc.
(Shrinkwrap has a vintage sale sticker.)