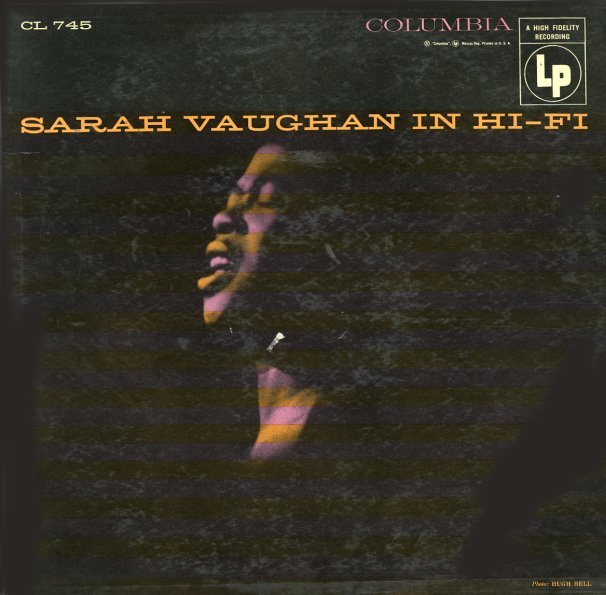 One of Sarah's few albums for Columbia – and quite possibly the best, thanks to some great small group backing, heard on 8 of the album's 12 tunes! The group's a really great one – with Miles Davis on trumpet, Benny Green on trombone, Buddy Johnson on tenor, Tony Scott on clarinet, Mundell Lowe on guitar, and Billy Taylor on piano – all of whom get some surprising solo space on the album, and make the record one of Sarah's best jazz outings of the 50s. The remaining tracks on the set have a lusher ballad style, but are still quite nice – and titles include "Mean To Me", "Goodnight My Love", "Can't Get Out Of This Mood", "East Of The Sun", "Pinky", "Ooh Whatcha Doin To Me", and "Come Rain Or Come Shine".  © 1996-2021, Dusty Groove, Inc.
(Mono 6 eye pressing with deep groove. Cover has half split seams)