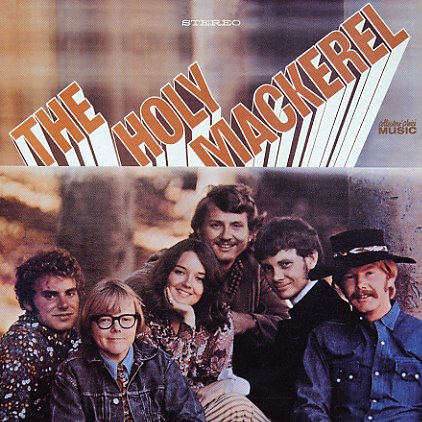 A Sunshine Pop relic – and a beautiful one at that! The Holy Mackerel were an early group project of Paul Williams – recorded here in a hip late 60s Warner mode that's very similar to that of Paul's excellent Someday Man album – with nicely compressed instrumentation that matches Paul's wonderful vocal style, and some nice trippy and folksy touches that really push the "sunshine" in the sound. The tunes are great – a bit more biting than Williams' later work – and titles include "The Wild Side Of Life", "Bitter Honey", "The Secret Of Pleasure", "Scorpio Red", "The Lady Is Waiting", "The Somewhere In Arizona At 4:30am Restaurant Song", and "Prinderella".  © 1996-2022, Dusty Groove, Inc.
(Stereo pressing. Cover has light surface wear, partially split seams, and a cutout grommet.)