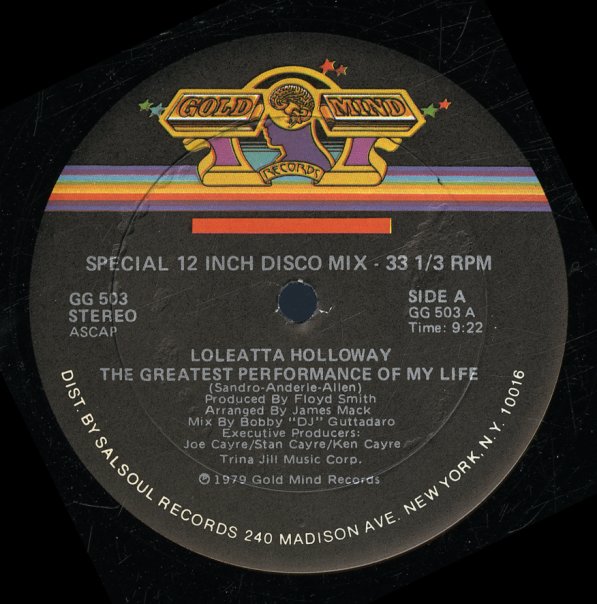 Greatest Performance Of My Life/That's What You Said

A real disco-drama classic from Loleatta – one that begins with a solo vocal passage, stating the story in a stark, lonely setting – then rolls into a burning, building groove that really soars with full clubby power! "That's What You Said" is pretty great too – a bit more straight ahead, but in a way that almost makes it a clubby modern soul groover – and one with a hook that won't quit!  © 1996-2023, Dusty Groove, Inc.
(Labels have a name in pen.)

Hit & Run/We're Getting Stronger
Gold Mind, 1977. Very Good+
12-inch...$11.99 14.99
If "Hit & Run" was always like this, it wouldn't be a crime! The track's a bouncing joyous number, and one of Loleatta's first bit club tunes – really grooving with a gently funky approach that has lots of great Salsoul Orchestra touches underneath! Great arrangements and ... 12-inch, Vinyl record