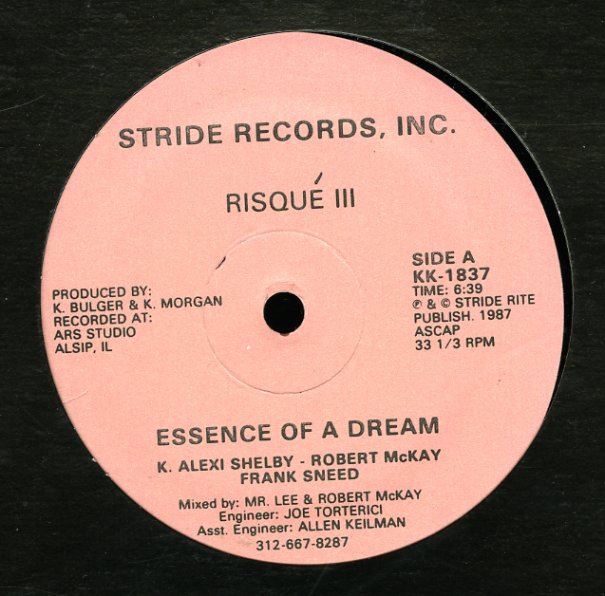 Essence Of A Dream/Risque Madness

A wonderful Chicago house groover from the Risque rhythm team – one that bubbles along in that mellower, moodier later Chicago groove – with as much emphasis on the keys and bass as on the beats. The softening of the colder edge is really significant – and makes for a perfect setting for the tune's mythical spoken vocals! "Risque Madness" has some nice Kraftwerk keys running throughout – but also features vocal snippets that emerge as found samples, really keeping the "madness" theme intact!  © 1996-2021, Dusty Groove, Inc.
(Original pressing in the spectrum sleeve!)

Change Reaction EP
Target, 1988. Very Good+
12-inch...$249.99
A great little ep of tracks from Joe R Lewis – one of the lesser-known figures of the Chicago house scene of the 80s, and an artist who had a sound that presaged some of the New York styles of the late 80s and early 90s. The set's got a nice moody feel overall, and features 6 tracks that ... 12-inch, Vinyl record