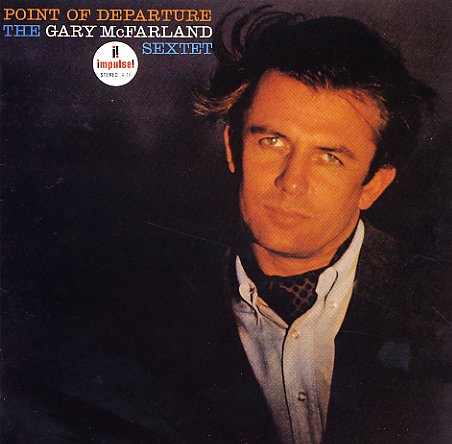 A great record – and one that's filled with so many wonderful little moments! The whole thing's a very cool, very off-beat set of jazz tracks recorded by vibist Gary McFarland, with a group that includes Jimmy Raney on guitar, Richie Kamuca on tenor, and Steve Swallow on bass – a lineup that's as quirky as the sound of the record! The tunes are quite different than some of Gary's larger arrangements for Verve, but they've definitely got a very similar charm – quite groovy, and a unique blend of bossa influences, west coast jazz, modal rhythms, and other wonderful touches. Tracks include "Pecos Pete", "Hello To The Season", "Schlock-House Blues", and "Love Theme From David & Lisa".  © 1996-2021, Dusty Groove, Inc.
(Stereo pressing, still sealed. Shrinkwrap has a sticker on front.)