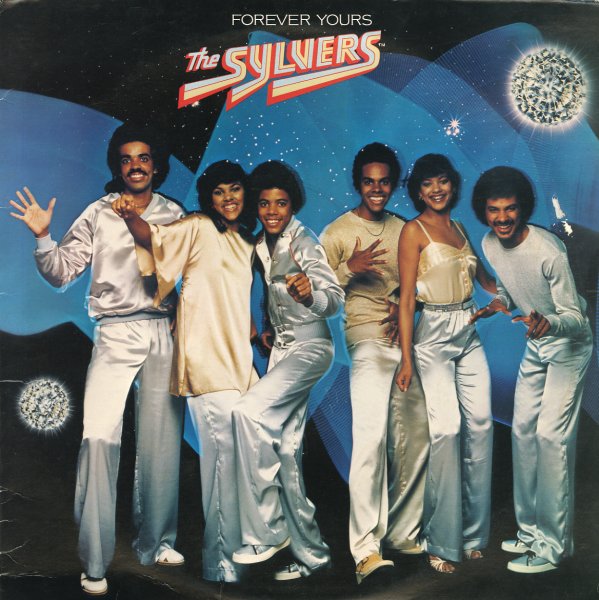 After cutting some pop disco crossover work for Capitol, the Sylvers finally get the chance to do the real deal here for Casablanca – grooving on tunes that burn stronger and groove longer than before – and which really set the scene for the bass-heavy funk of west coast groups to come! All the tightness of the earlier records is still in place, but the sound has matured nicely – and works well on both the upbeat cuts and the mellow ones – and sounds especially nice on those tunes that somehow manage to be a bit of both. Leon Sylvers produced, and titles include "Don't Stop Get Off", "Love Changes", "Forever Yours", "Play This One Last Record", "Diamonds Are Rare", "Come Dance With Me", and "Just a Little Bit Longer".  © 1996-2022, Dusty Groove, Inc.
(Cover has ring and edge wear.)

Tonight
Casablanca, 1981. Near Mint-
LP...$4.99
A surprisingly great set from The Four Tops – hardly the throwaway effort you might expect from some of the other Casablanca projects of the time – and instead a really solid effort that follows strongly from the sound of the group's best moments during their ABC Records years! The ... LP, Vinyl record album

Cruisin
Casablanca, 1978. Very Good+
LP...$9.99 (CD...$2.99)
A real breakout album for The Village People – thanks largely to the hit "YMCA", which had surprising play at the time – and has gone onto become one of those ballpark hits that everyone seems to sing completely un-self-consciously! The group are still working here in a New ... LP, Vinyl record album

People's Choice
Casablanca, 1980. Near Mint-
LP...$11.99
An extra clubby effort from People's Choice – a record that has them moving over to Casablanca after their albums for Philly International, but still staying strongly in their groove, thanks to production from Tom Moulton at Sigma Sound Studios! Tracks are upbeat, but funky – mixing ... LP, Vinyl record album

I Remember Yesterday
Casablanca, 1977. Near Mint-
LP...$14.99
Sweet grooves from Donna Summer – who was still a rising star at this point in the 70s! The title is an honest one – for an album with songs that look back at 60s and earlier 70s soul songcraft – and even earlier than that – mostly via the groovy backup vocals. So, Ms. ... LP, Vinyl record album

Live & More
Casablanca, 1978. Near Mint- 2LP Gatefold
LP...$11.99
An overstuffed double-length set from Donna Summer – one that features some of the live material promised in the title, plus some even better studio work as well! The first 3 sides of the album feature Donna recorded live – putting over tunes with a bit more personality and almost a ... LP, Vinyl record album