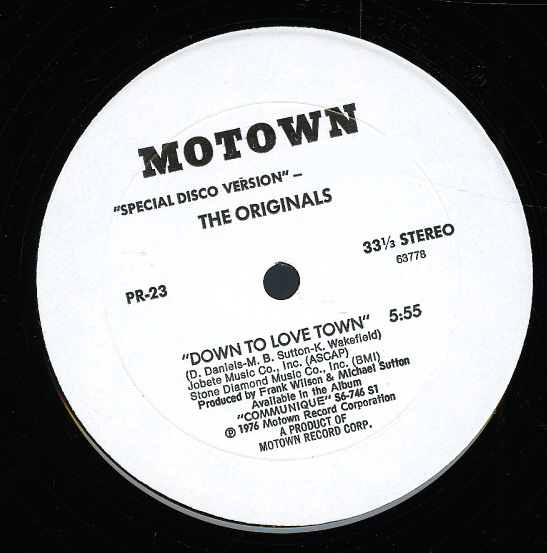 Down To Love Town/Full Speed Ahead

A split Motown single, featuring an artist on each side, and tracks that are definitely designed to cash in on the dancefloor cash! The Originals step out in a full disco mode with "Downtown To Love Town" – a swirling number that's filled with lots of strings, and which boogies on out here in a special extended disco mix! Tata Vega gets a special disco mix too – soaring on full arrangements for the title track of her Full Speed Ahead album!  © 1996-2021, Dusty Groove, Inc.
(Promo single in a plain sleeve, with a Motown ink stamp and notations in marker.)