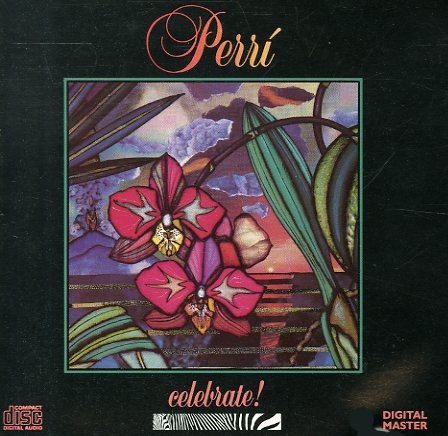 Smooth, sweet, and soulful vocals from the Perry sisters – a great group who made some incredible records that showed that the vocal group sound was alive and well in the 80s! The album's got a nice mellow feel overall – produced by Patrick Henderson with some 80s touches, but enough of a solidly soulful feel to last through time – and to show off some of the jazzier aspects of the girls vocals. Titles include "Jaco Two", "Celebrate", "Alone", "Maybe Tomorrow", "Say", "Airstream Two", and "You Take Me To Heaven".  © 1996-2021, Dusty Groove, Inc.
(Cover has light wear, initials in pen, and a promo stamp.)

Best Of Louis Jordan
MCA, Mid 40s/Mid 50s/1975. Very Good 2LP Gatefold
LP...$3.99
A great collection of Jordan's material from the mid 40s to the mid 50s – starting with his jazzy numbers of the earlier years, and moving into the more blues/rock 'n roll sound of later recordings. His band always sounds great and it also sounds like they're having a good time especially ... LP, Vinyl record album

Car Wash – Original Soundtrack
MCA, 1976. Near Mint- 2LP Gatefold
LP...$19.99
A solid bit of heavy funk – and one of the last strong-selling soundtracks of the blacksploitation era! Sure, you know the hit "Car Wash", but there's plenty of other great numbers that rank the 2LP set right up there with the best of its genre. There's a lot of nice instrumentals ... LP, Vinyl record album

Float Into The Future
MCA, 1979. Sealed
LP...$9.99
Smooth stepping grooves from The Floaters – still very much in the nicely compressed mode of their more famous debut, and getting some nice production help here from Eugene McDaniels! There's a righteous punch to the record that really shows the influence of McDaniels – a way of ... LP, Vinyl record album

Alicia Again
MCA, 1981. Sealed
LP...$14.99
One of the nicest solo records by Alicia Myers – formerly a vocalist with Al Hudson and The Soul Partners, but sounding even better here on her own. The record's got a strong smooth midtempo groove – with the beat toned down a bit from earlier days, in a style that works perfectly for ... LP, Vinyl record album