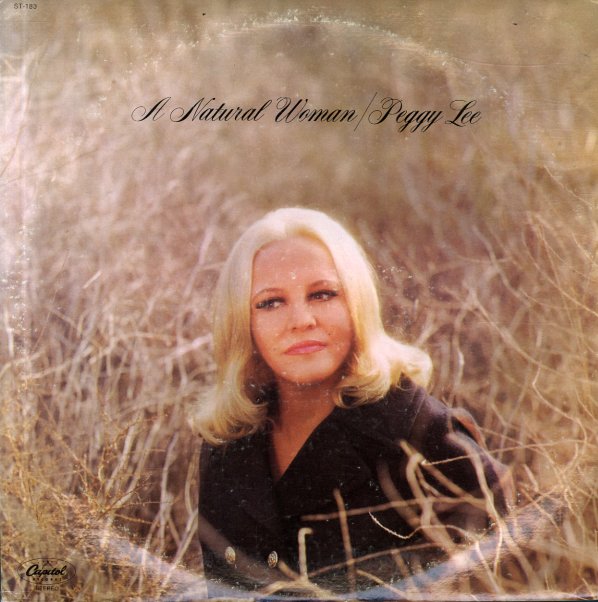 A key album in the transformation of Peggy Lee's sound at the end of the 60s – one that has her moving from just being a jazz singer, into a more complicated role of interpreting contemporary singer/songwriter material – often with a mature and experienced tone, one that makes her versions often come across better than the originals! The album's got some hip arrangements from Mike Melvoin and Bobby Bryant – both of whom situate Peggy nicely – with enough youth in the backings to make the tunes come off well, but never too much to make them sound hokey. Titles include versions of "Everyday People", "I Think It's Gonna Rain Today", "Lean On Me", and "Natural Woman" – plus Peggy's massive versions of "Dock Of The Bay" and "Spinning Wheel", taken here with a great drum-n-organ break on the intro!  © 1996-2021, Dusty Groove, Inc.
(Rainbow label stereo record club pressing, in fantastic shape!)