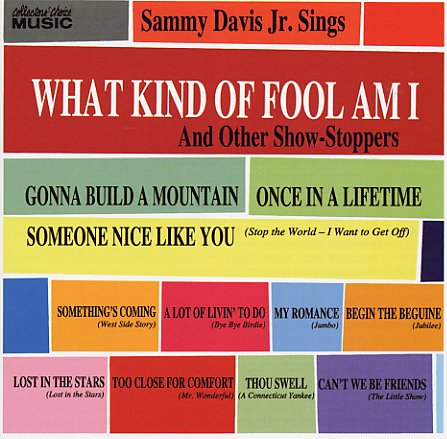 What Kind Of Fool Am I & Other Show Stoppers

Sammy belts it out wonderfully on a set of show-stoppers – tunes with Broadway sources, but redone here by Sam with a tight, jazzy finish! The approach makes the record one of his best of the 60s – a really solid set that virtually reinvents each tune – giving them the Davis positive spin, and really stepping out strongly on titles that include "Once In A Lifetime", "Begin The Beguine", "Something's Coming", "Can't We Be Friends", "Too Close For Comfort", and "A Lot Of Livin To Do".  © 1996-2020, Dusty Groove, Inc.
(Tri-color mono pressing with deep groove. Cover has light wear.)