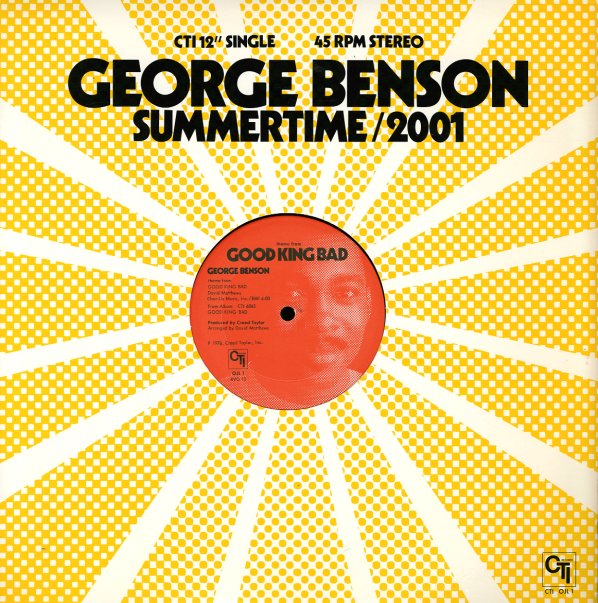 A nice CTI single – one that features a sparkling medley of "Summertime" and "2001" – done by George Benson with full orchestral backdrop, in a way that builds nicely as the tune goes on! The track starts mellow, with George singing beautifully on the start – the strings swirling around him like a hip soundtrack theme. He scats along with his guitar as the tune builds on, and the orchestral backdrop very slightly changes to "2001" in a very cool way! The flipside is straighter, and funkier – and features the title tune to George's Good King Bad album – with hip guitar over funky big band arrangements from David Matthews.  © 1996-2022, Dusty Groove, Inc.