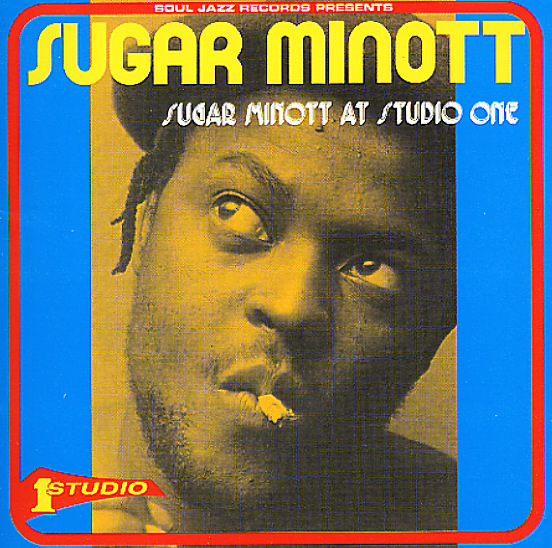 Seminal sounds from the mighty Sugar Minott – a singer who's sweet-voiced style was perfect for the changes going on at Studio One in the late 70s! Sugar grew up on the soulful styles of the rocksteady years – and here, as Studio One begins to step into some dancehall modes, his vocals provide a perfect link with the past – which sometimes comes from the way the label was reworking older rhythms and melodies in a subtle way – often with new lyrics from Minott that really transform the tunes! Currents of early dancehall and versioning flow through the mix of work here – and the set is a great illustration of this key moment in the evolution of reggae. Titles include "Vanity", "Please Be True", "Hang On Natty", "Jahovia", "Try Love", "Give A Hand", "Is It True", "Love Gonna Pack Up", "Give Me Jah Jah", "Party Time", "Jah Almighty", "Jah Jah Children", and "Change Your Ways".  © 1996-2022, Dusty Groove, Inc.
(Includes download!)