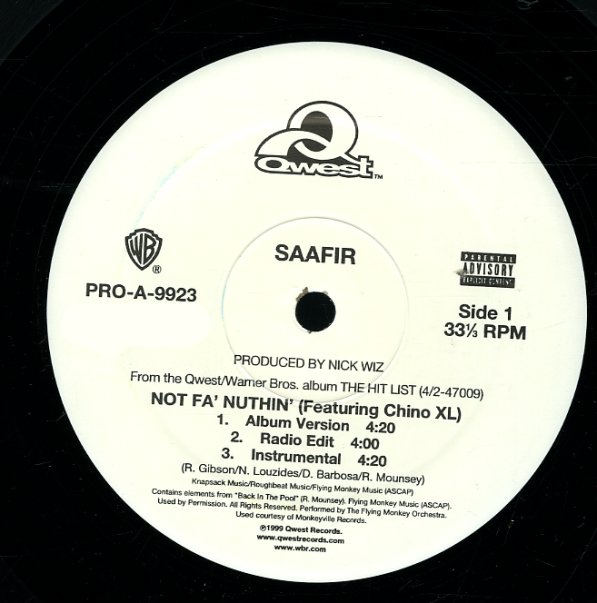 On "Not Fa' Nuthin", Saafir returns to his earlier vocal and production style for his best track in years. Plus, he's joined by Chino XL who is delivering some nice punchlines and naming names as always.  © 1996-2021, Dusty Groove, Inc.
(Promo.)

Boogie Town/Space Lady
WMOT/Fantasy, 1978. Very Good+
12-inch...$2.99
Larry and the group are definitely going to Boogie Town with this tasty single – a tight-stepping groover that crackles with their best electric funk touches! "Space Lady" is almost even better – with some male/female traded vocals that have a nice edge – almost in a ... 12-inch, Vinyl record