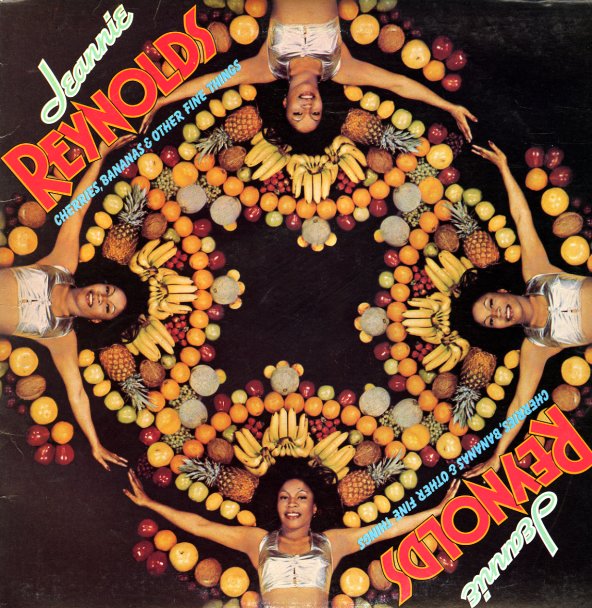 A great little album from Jeannie Reynolds – and her lasting contribution to underground soul! Jeannie's vocals are nice and deep – with hints of southern diva phrasing, filtered through some of the tighter soul styles coming out of Chicago and other points north at the time! Detroit talents LJ Reynolds, Tony Hester, and Don Davis produce – save for one song by Michael Henderson – and the big highlight is the slow groover "The Fruit Song", a sly seductive stepper of a track, with rolling congas, sweeping strings, and a very catchy hook from Jeannie. That number runs for about 7 minutes long – and the album also includes a number of nice shorter cuts, like "I've Still Got My Pride", "The Feelin' Ain't There", and "You Want To Get Your Hands On A Woman" – all wonderful numbers that will have you loving Jeannie as one of your favorite new discoveries in 70s soul!  © 1996-2022, Dusty Groove, Inc.

On The Radio – Greatest Hits Vol 1 & 2
Casablanca, Late 70s. Very Good+ 2LP
LP...$14.99
Ahh, the dancefloor soul perfection of the beautiful Donna Summer – and classic late 70s production by Giorgio Morodor and Pete Bellotte – songs that are played often, even to this day, but will never be played out! Was this the one that coined the phrase "shipped gold, returned ... LP, Vinyl record album

It Don't Mean A Thing
Casablanca, 1978. Near Mint-
LP...$7.99
Latin Hustle king Eddie Drennon move much more solidly into disco with this LP – especially on the title track, an up-tempo club remake of the Ellington classic "It Don't Mean A Thing". Still, the album's got some nice funky tracks that are pretty nice – like "Disco ... LP, Vinyl record album

Go West
Casablanca, 1979. Near Mint-
LP...$9.99
The only "west" these guys have gone is the West Village – the home of their aesthetic, and a post-Stonewall playground that was getting very firmly noticed by the mainstream by this point! The album's their last big one for Casablanca – and features arrangements from Horace ... LP, Vinyl record album

Night At Studio 54
Casablanca, 1979. Very Good+ 2LP Gatefold
LP...$11.99
Here you go – everything you'll need to recreate the magic of the old days, except the cocaine! 2LPs worth of classic club tracks – including "In The Bush" by Musique, "YMCA" by Village People, "Let's All Chant" by Michael Zager Band, "Hot Shot" ... LP, Vinyl record album