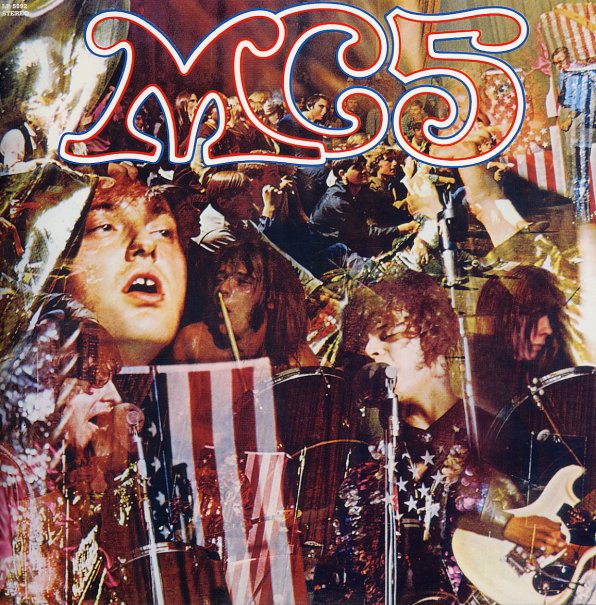 Kick Out the Jams

Forget The Stooges, forget Alice Cooper, forget the White Stripes, and maybe even forget Funkadelic – because this landmark album is one that really put the ferocity of the Detroit scene on the map – rising up the city's legacy of raw sounds next to their better-known soul and pop of the 60s – and forever putting MC5 on the great rock and roll map! The group had been honing their craft in the city for a few years before this set – and it was the genius of Elektra Records to capture them live at the city's Grande Ballroom, and not in the studio – which is part of the intensity of the record's charm, especially on the sometimes-edited bit of profanity. Titles include the seminal "Kick Out The Jams", plus "Come Together", "Rocket Reducer No 62", "Borderline", "Motor City Is Burning", "I Want You Right Now", and "Starship".  © 1996-2021, Dusty Groove, Inc.
(Early 80s uncensored red label "small E" pressing in a non-gatefold cover.)

And Justice For All
Elektra, 1988. Sealed 2LP
LP...$24.99
The album that changed everything for Metallica – catapulting them from patron saints of unrelentingly heavy thrash metal to reluctant (at first, anyway) mainstream superstars! The production is glossier sounding than ever before, and whether that compromised the rawer brutality of their ... LP, Vinyl record album