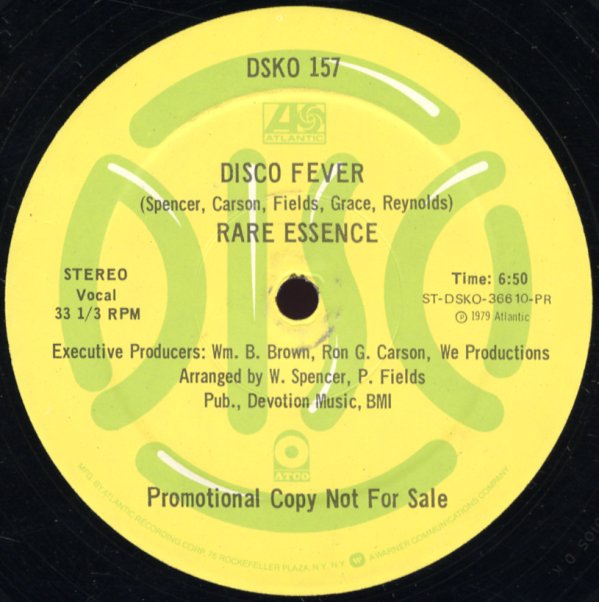 A bit of DC funk, cut by Rare Essence in their pre-GoGo years! While you can hear the roots of the Go Go sound peeking in here and there, the track's really a disco number, owing more to Kool & The Gang on one side, and uptempo east coast disco on the other – with heavy riffing keyboards and female vocals, which go nicely with these strange little moog twists that sneak up in the track! "Huff & Puff"s an odd downtempo number, with a bit of P-Funk ensemble grooves creeping in.  © 1996-2020, Dusty Groove, Inc.
(In an Atlantic Disco sleeve with a hype sticker.)