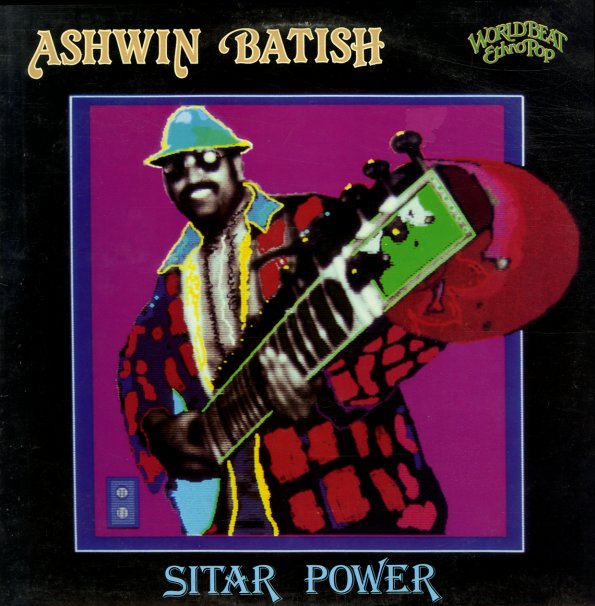 Silly stuff – but it works! Ashwin Batish was born 10 years too late – because if this album was recorded in the 70s, it would have a strong Bollywood groove, with Ashwin's sitar funking over heavy wah-wah guitar. As it is, though, Ashwin recorded this one in 1986 – so the groove's a mix of electro and 80s funk, most of which still works nicely as a base, while Ashwin grooves away on the sitar, like an 80s version of Ananda Shankar. Titles include "Bombay Boogie", "Raga Rock", "Sitar Magic", "Indian Beat", and "New Delhi Vice".  © 1996-2023, Dusty Groove, Inc.
(Original Batish pressing. Cover has a cut corner, light ring wear.)