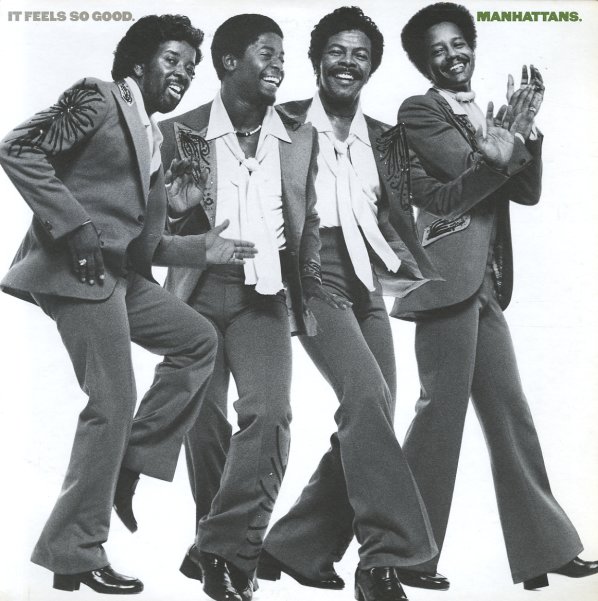 A real classic from The Manhattans – and just the kind of record to show why the group stayed so great after all the years! The ballads are wonderful – arguably even better than the group's indie label days – with a depth of feeling, fullness of harmonies, and magical balance between the rough and the smooth! Bobby Martin produced, using a sophisticated Philly mode, but one that's never overdone – cool and confident, but never too brash at all. A few of the groovers are a bit mellow – nicely stepping around a midtempo mode that still allows lots of vocal power – and titles include "I Kinda Miss You", "Let's Start It All Over Again", "It's You", "Mind Your Business", "Too Much For Me To Bear", and "It Just Can't Stay This Way".  © 1996-2021, Dusty Groove, Inc.
(Sealed copy, with a cutout hole and a Nice Price sticker.)