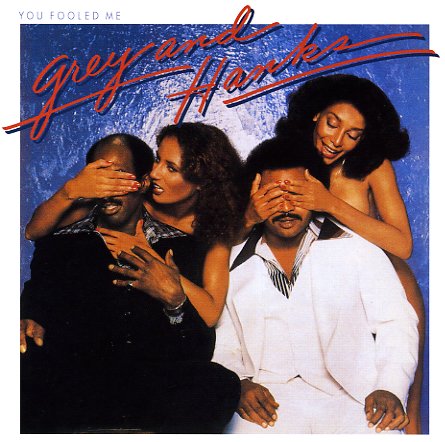 A great little debut album from the team of Len Ron Hanks and Zane Grey – songwriters who'd scored earlier in the 70s with tracks for Jerry Butler and LTD, but who also strike up a pretty strong groove on their own! The pair are from Chicago, but are recording in LA – and their sound here follows almost the same move as Earth Wind & Fire's when they hit the west coast, adding smoother production to a tight ensemble funk approach, compressing the groove up a bit, for a more soulful sound. No surprise, then, that the record features EWF horns by Don Myrick, Louis Satterfield, and Rahmlee on many cuts – and although vocals are by Grey, but he's pretty heavily supported by backing singers on most cuts. Titles include "You Fooled Me", "Never Let You Down", "Way Out To Get In", "How Can You Live Without Love", and "Gotta Put Something In".  © 1996-2021, Dusty Groove, Inc.
(Cover has wear, staining, and a split bottom seam.)