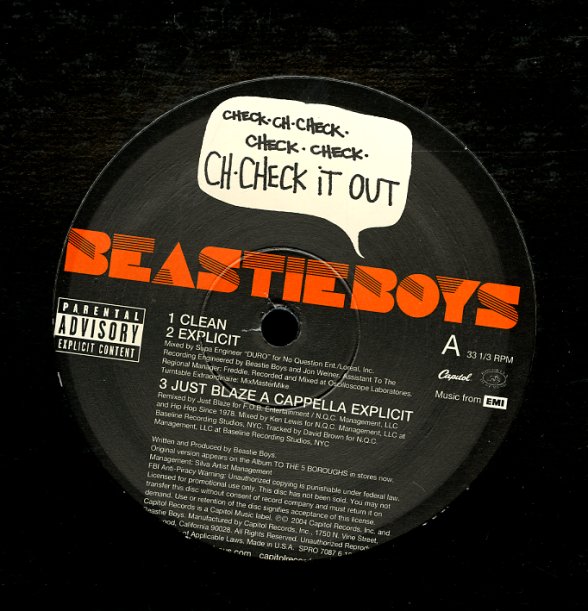 A tight single off the 5 Boroughs LP! The cut rocks nicely in a new school fashion with a nod to the old – stabs and breaks strung together in a nice funky fashion, plus a remix by Just Blaze!  © 1996-2022, Dusty Groove, Inc.
(In a stickered sleeve.)