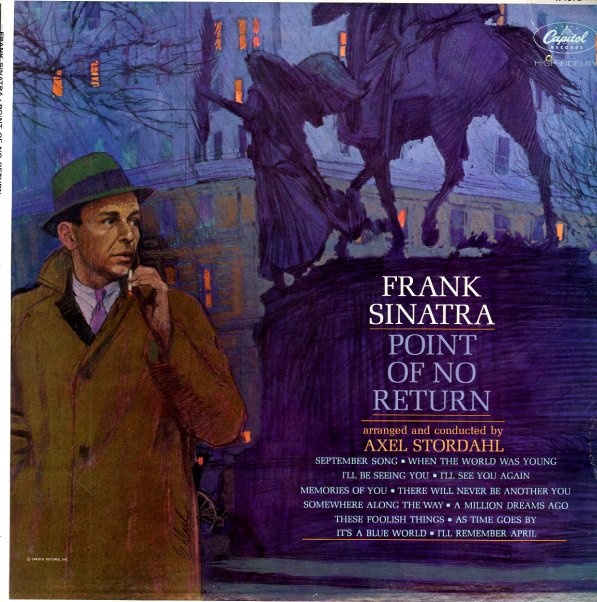 Point Of No Return

Sinatra's final album for Capitol – a contemplative set of tracks that reunites him with arranger Alex Stordahl, a frequent partner during the Columbia years, and an artist who's matured as much as Frank by this point, making a perfect fit for the sadder tone of the material. Tracks are in that "older man let alone" style of some of the Reprise recordings, and selections include "These Foolish Things", "When The World Was Young", "I'll Remember April", "September Song", "A Million Dreams Ago", and "Somewhere Along The Way".  © 1996-2021, Dusty Groove, Inc.
(70s abridged yellow label pressing. Cover has an index sticker on the spine.)