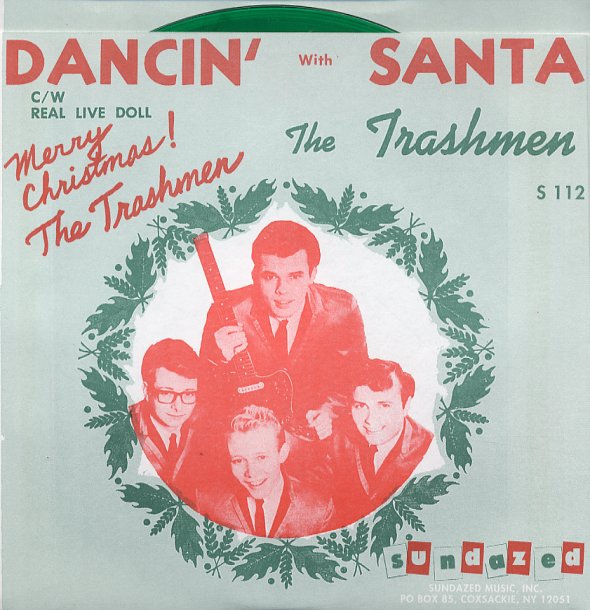 Totally rare, totally Trash-y holiday hi-fi cheer from the Trashmen – adding a strange garage charm to the 60s novelty Christmas template! "Dancin' With Santa" has a stripped down Phil Spector kind of vibe, with lots of chimes and soulful backing vocals behind the Trashmen's unusually straight rock tunefulness. "Real Live Doll" is a really weird little charmer, a story song with amusingly stilted, spoken line delivery. It's a great re-production of the original 45, too!  © 1996-2021, Dusty Groove, Inc.
(On colored vinyl!)