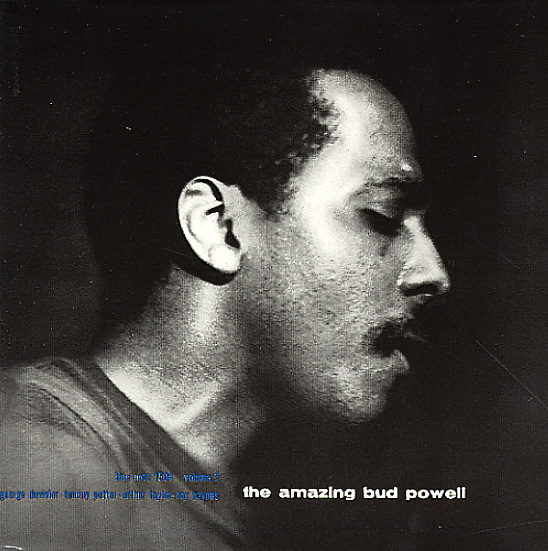 Also available
Bud Powell — Amazing Bud Powell Vol 2 (24 Bit RVG Remaster) ... CD 5.99
Bud Powell — Amazing Bud Powell Volume 2 ... CD 4.99
Bud's second LP for Blue Note – a firey batch of trio tracks that feature George Duvivier on bass and Art Taylor on drums – some of Powell's best work from the time, and a nearly all-classic set of bop piano tracks! The album's nothing fancy on the outset, but Powell and the trio really make magic happen on the best of moments – lighting fire underneath old standards, while also unveiling some hip new originals that are really worth the price of the set. Titles include "I've Got You Under My Skin", "Sure Thing", "Reets & I", "Glass Enclosure", and "Collard Greens & Black Eyed Peas", "Audrey", and "Autumn In New York".  © 1996-2023, Dusty Groove, Inc.
(70s black b label pressing.)

Jazz Legacy Of Bud Powell
Verve, 1950s. Very Good+
LP...$5.99
A collection of Bud's work for Verve – put together as a memorial album after Bud's passing in 1966. The tracks are nearly all from the 50s, but also fetaure a few numbers from 1949 – with Bud playing solo on 3 tracks, and in various trios on others – alongside players that ... LP, Vinyl record album

Magic Touch
Blue Note, 1985. Very Good+
LP...$4.99
A crucial album for the jazz guitar in the 80s – the debut effort of Stanley Jordan, and a set that exploded with a very fresh sound! Jordan has a really unique way of handling his instrument – playing up and down the fret board with both hands – in ways that are often so ... LP, Vinyl record album