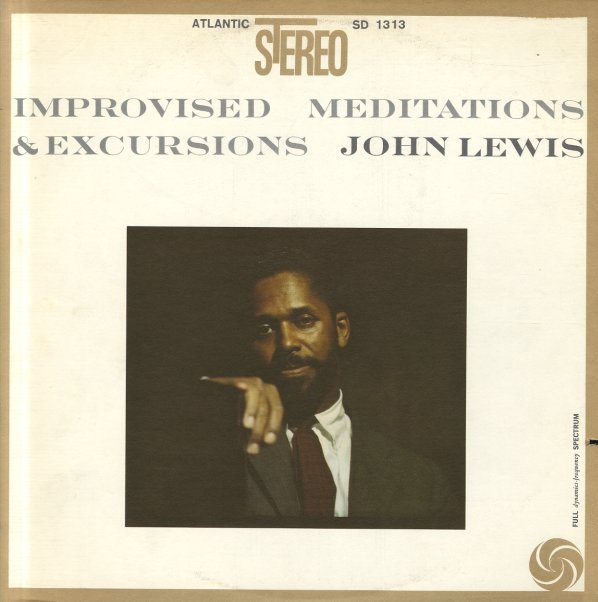 Improvised Meditations features MJQ founder John Lewis in a set of third stream piano renditions of jazz standards like "Now's The Time", "Yesterdays", and "September Song", plus original compositions "Love Me" and "Delaunay's Dilemma". The format is trio backing – with either Percy Heath or George Duvivier on bass, and Connie Kay on drums.  © 1996-2021, Dusty Groove, Inc.
(Red & green Rockefeller label pressing. Cover has a cutout notch, some wear and aging, and a split top seam.)

Bagpipe Blues
Atlantic, 1966. Very Good+
LP...$19.99
An amazing record, from an amazing player – the mighty Rufus Harley, heard here on tenor, flute, and soprano sax – as well as bagpipes, his "trademark" instrument! Don't be put off by the bagpipes, though, because Harley plays in a righteous soul jazz groove, and uses the ... LP, Vinyl record album

Wailing Dervishes
Atlantic, Mid 60s. Very Good
LP...$6.99
One of the coolest albums ever from Herbie Mann – and a set that's definitely got the vibrant sound you'd expect from its title and cover! The set's a live one, and pretty open at times – and the great Rufus Harley joins Mann's group for one track – in a really mad mix of sounds ... LP, Vinyl record album

Family
Columbia, 1980. Very Good+
LP...$4.99
Wonderful sounds from Hubert Laws – and like some of his best CTI work of a few years before, a set that really goes way beyond any easy expectations! There's moments of ambition here that really link the record to Laws' CTI sides – that mix of fuller arrangements and higher-concept ... LP, Vinyl record album