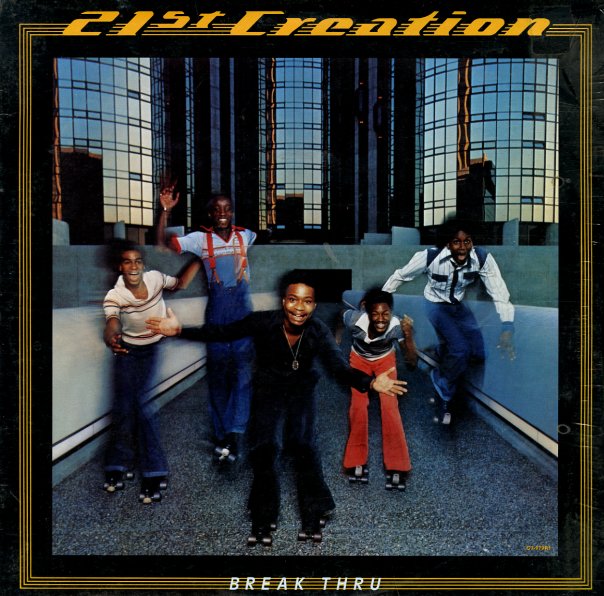 An obscure Motown group from the end of the 70s – 21st Creation had a soaring uptempo group sound that reminds us of some of the more successful disco hits of Tavares from the same time. The arrangements are mostly club-oriented – handled by Willie Hutch, Gene Page, and Harold Johnson – and you can hear the group's style to best effect on tracks like their remake of Marvin Gaye's "After The Dance", Willie Hutch's "You Gotta Dance To My Music", or the hard grooving "Thanks For Saving Me". Not totally standout material, but with a few nice moments. Other tracks include "Funk Machine", "Tailgate", and "Baby, I'm For Real".  © 1996-2022, Dusty Groove, Inc.
(Cover has a cutout notch, light wear, and some price sticker remnants on front.)