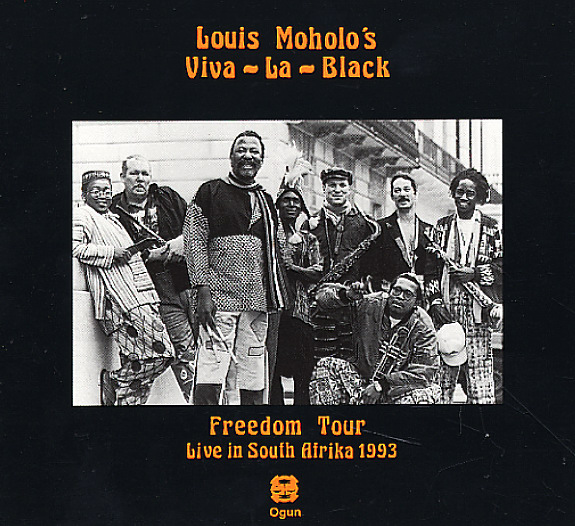 An incredibly spiritual session from percussionist Louis Moholo and his ensemble Viva La Black – recorded on the occasion of a series of concerts in Moholo's homeland of South Africa – and done in a way that's as much a document of the group's trip as it is a recording of the music in the concerts. Many of the tracks are shorter passages that flow together with longer ones – piecing together the warm spirit and soulful expression allowed to the group during the tour. And the music itself shares in a heritage that runs back through the 60s work of Mingus and Roland Kirk, the 70s experiments of the AACM, and the rich jazz-in-exile work of Moholo himself! Instrumentation includes percussion, trumpet, saxes, piano, and bass – plus vocals from all the members of the group – and titles include "Use Less Sugar & Stir Like Hell", "Volunteered Slavery", "Woza", "Nikosi", "End Of Man", "Dudu P", "I'll Look All Over Afrika For You", "Drum Choir", and "Joyful Noise".  © 1996-2023, Dusty Groove, Inc.