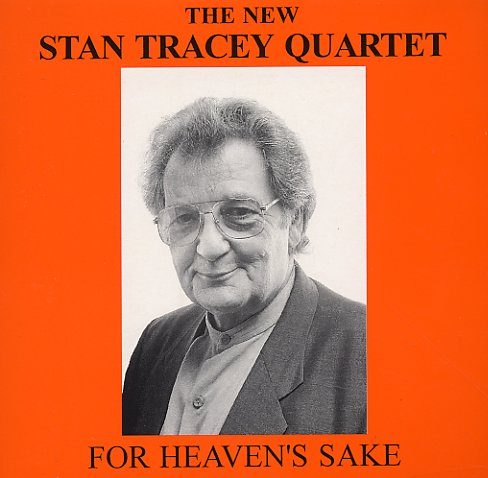 The first recording from British piano legend Stan Tracey's "New Quartet" – a group that pairs Tracey and son Clark Tracey with younger players Andrew Cleyndert on bass and Gerard Presencer on trumpet. Tracey's piano is as filled with fresh chords and tones as it ever was, but the sound here is thankfully more inside than on some of his freer recordings of the 70s and 80s – a strong straight jazz vision that still has enough sharper edges to appeal to fans of the British modern jazz sound of years past. There's an especially great chromatic side to the record that we really love – blocks of color and sound that shift in mood as the set moves on, and which make for a far richer recording than we would have expected. Titles include "Blah De Blah De Blah", "Light Blue", "All Of You", "For Heaven's Sake", "The Dolphin", and "Only Child".  © 1996-2022, Dusty Groove, Inc.

Stan Tracey – The 1959 Sessions
Resteamed (UK), 1959. New Copy
CD...$12.99 16.99
Incredible unreleased work from British modern jazz giant Stan Tracey – a trio set that the pianist recorded right after his groundbreaking Little Klunk record, and with the same group that included Kenny Napper on bass and Phil Seamen on drums! If you know the vibe of Little Klunk, you'll ... CD

Later Works – Hong Kong Suite/Amandla Suite
Resteamed (UK), 2009. New Copy 2CD
CD...$16.99 24.99
British pianist Stan Tracey wrote some fantastic longer-form work for the legendary Lansdowne Series in the UK scene of the 60s – and that compositional imagination kept on going strong over the decades, as you'll hear in these two wonderful pieces from late in his life! The group here is an ... CD

Sound Check – Stan Tracey Duo/Trio
Resteamed (UK), 2011. New Copy 2CD
CD...$16.99 24.99
Don't let the title put you off, as these aren't tracks recorded at some soundcheck before a gig by British piano legend Stan Tracey – and instead, they're some incredible recordings from late in his career, showing the modernist to be every bit as vibrant as back in the day! CD1 features ... CD

Early Works (The Bracknell Connection/Salisbury Suite)
Resteamed (UK), 1976/1978. New Copy 2CD
CD...$16.99 24.99
Not the earliest work of pianist Stan Tracey – but two wonderful albums from the 70s, both of which show his mighty talents in the space of a larger group! The Bracknell Connection is one of the greatest post-Landsdowne recordings by British pianist Stan Tracey – a killer large group ... CD

Flying Pig
Resteamed (UK), 2013. New Copy
CD...$12.99 19.99
A fantastic late record from pianist Stan Tracey – recorded in the second decade of the 21st Century, but awash in all the sharp modern touches of his best early material from the 60s! Stan's leading the group with this effortless sense of groove amidst his own angular modern lines on piano ... CD