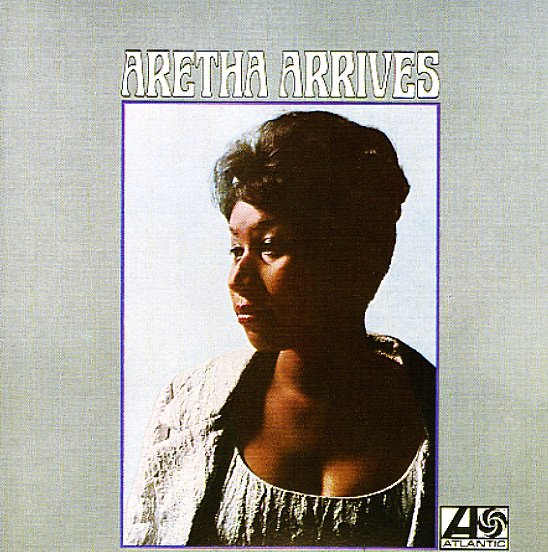 Aretha Arrives in great style – and a mixture between her earlier vocal jazz years at Columbia, and her later southern soul sides of the 60s! Arif Mardin is already arranging Aretha's work at this point, and the backing group includes southern soul studio giants like Spooner Oldham, Tommy Cogbill, and Roger Hawkins – but there's also a number of tracks that have mellow strings and horns by Ralph Burns, very much in the lush style of Burns' work for other vocalists – and a bit different than some of Franklin's other Atlantic work. The Sweet Inspirations back up Aretha on "Ain't Nobody (Gonna Turn Me Around)", and a few other tracks feature backings by sisters Erma and Carolyn – who are always a welcome addition! Titles include "Prove It", "Never Let Me Go", "I Wonder", "Going Down Slow", and "Night Life".  © 1996-2022, Dusty Groove, Inc.
(Stereo blue and green label pressing. Cover has light wear.)

Almighty Fire
Atlantic, 1978. Near Mint-
LP...$14.99
Killer late 70s work from Aretha Franklin – and a set that features production by Curtis Mayfield, in a style that's quite similar to his work with the lady on the Sparkle soundtrack! Aretha somehow sounds deeper here in Curtis' company than on some of her other 70s recordings – and ... LP, Vinyl record album

Aretha In Paris
Atlantic, 1968. Near Mint-
LP...$14.99
Aretha Franklin sings it loud and proud, in front of a classy crowd at the Olympia Theater in Paris – a move that would have made Berry Gordy proud, but which is carried off here in a classic Atlantic mode throughout! Given the tight studio handling of Aretha during these early Atlantic ... LP, Vinyl record album