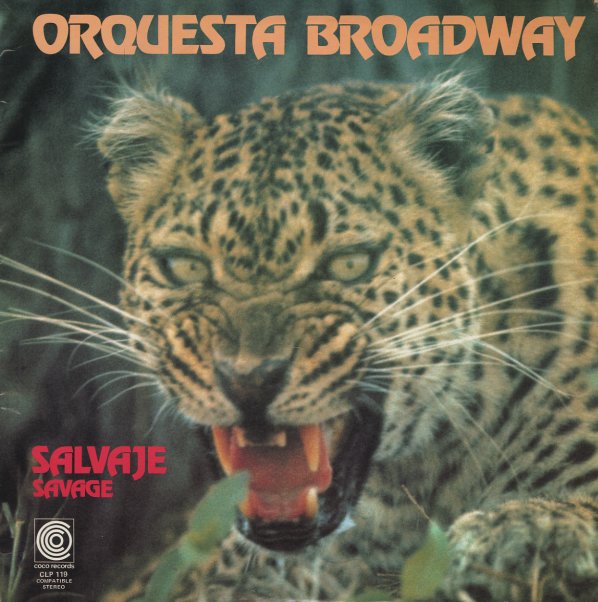 70s charanga grooves from Orquesta Broadway – not nearly as savage as the title might imply, but a strong set nonetheless – cut in the best style of the Coco label! Harvey Averne produced, and he's got a nice way of making the group's traditional approach sound oddly fresh in the 70s – bringing out a raw groove in the percussion, and sweeping along the violin and flute with a freely skipping edge. Titles include "Las Musiqueras", "Sin Clave Y Bongo", "La Fulo", "Termino Medio", "Mi Guaguanco", and "Quisiera Ser".  © 1996-2023, Dusty Groove, Inc.
(Colombian pressing on Famoso/Codiscos, still in the plastic outer sleeve. Labels have small initials in pen.)